The Experience arrive in Montreal, Canada. 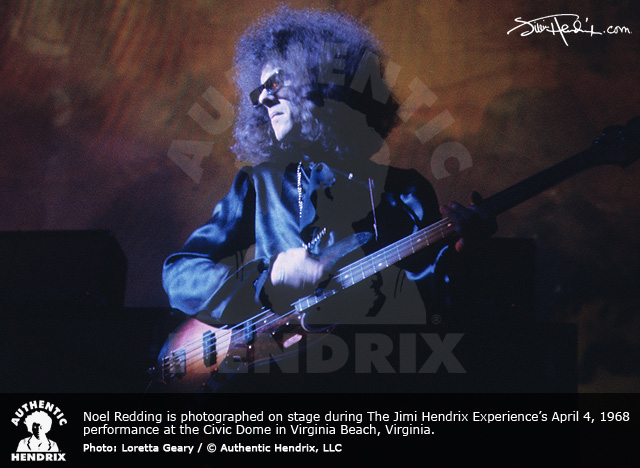 The Jimi Hendrix Experience are scheduled to play at the Symphony Hall in Newark, New Jersey. After playing one improvisation that he dedicated to the slain activist, Hendrix left the stage. He later jammed with Buddy Guy at Generation in New York City.

Hendrix jams with Roy Buchanan at the Generation Club (52 West 8th Street) in New York. Although not performing with Hendrix, other bands performing tonight include Buddy Guy and Janis Joplin and Big Brother. Monterey Pop filmmaker, D.A. Pennebaker filmed the jam sessions and later released the short documentary, Wake At Generation which includes one of the jam numbers by Hendrix.

Peter Goodman of Beat Instrumental conducts a phone interview with Hendrix. The interview is published in May.

The Experience record “Long Hot Summer Night” at The Record Plant (321 West 44th Street) in New York. Al Kooper later overdubs piano on the track. It was during this session that Hendrix gave Kooper his Stratocaster, (See Issue #5, page 6, ‘None Take Hendrix Strat’ for details on recent Auction featuring this guitar).

In addition to the final recordings for Redding’s “Little Miss Strange,” five recordings of “1983… (A Merman I Should Turn To Be)” were laid to tape. Overdubs a rough mixes were also developed for “Three Little Bears” and “Gypsy Eyes.”

Redding’s four-hour sessions at The Record Plant resulted in the addition of additional acoustic guitars to “Little Miss Strange.”

Back at The Record Plant, this emotionally trying session for the group resulted in several takes of “Gypsy Eyes” for which little progress was seen.

The debut of Peter Green’s film, See My Music Talking (aka Experience) is shown at the Montreaux International Film Festival in Switzerland.