A 40-minute set by the Experience is performed at the Municipal Auditorium in San Antonio, Texas. Their set includes performances of “Purple Haze,” “Fire,” “Foxey Lady,” “Hey Joe,” “Red House,” and “Tax Free” among others. Hendrix closes the set with a destructive sequence has him destroying his Stratocaster and smashing several amps on stage. 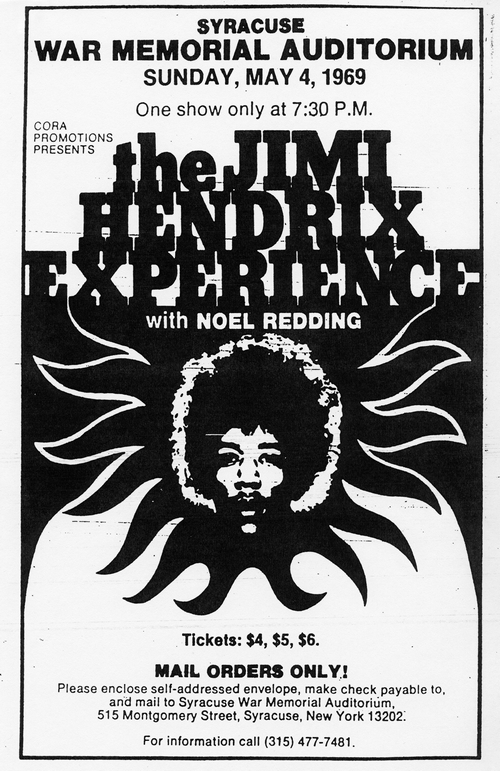 Track Records in the United Kingdom release The Experience’s latest single, “Fire” b/w “The Burning Of The Midnight Lamp” (Track Records, 604 033). Although intended as a re-entry into the singles market by carrying the title along the coattails of success found in Are You Experienced, the latest offering sparked little public interest. In West Germany, Polydor releases an eastern counterpart of the same pairing (Polydor, 59375).

Hendrix makes a return visit back to hometown of Seattle, Washington where he is met at the airport by a large gathering of friends and family. Over the next couple of days Jimi spends considerable time with members of his family. Although hampered by rain, The Experience’s performance at the outdoor Sicks’ Stadium featured “Fire,” “Message To Love,” “Lover Man,” “Machine Gun,” “Star Spangled Banner,” “Purple Haze,” “Hear My Train A Comin’,” “Midnight Lightning,” “Voodoo Child (Slight Return),” “Hey Baby (New Rising Sun),” “Freedom,” “Red House,” and “Foxey Lady.” Tonight’s performance included support from Cat Mother & The All Night Newsboys and Rube Tuben & The Rhondonnas. Jimi Hendrix is photographed on stage during his final hometown performance at the outdoor Sicks’ Stadium in Seattle, Washington on July 26, 1970. Photo: Karen Hooper / © Authentic Hendrix, LLC