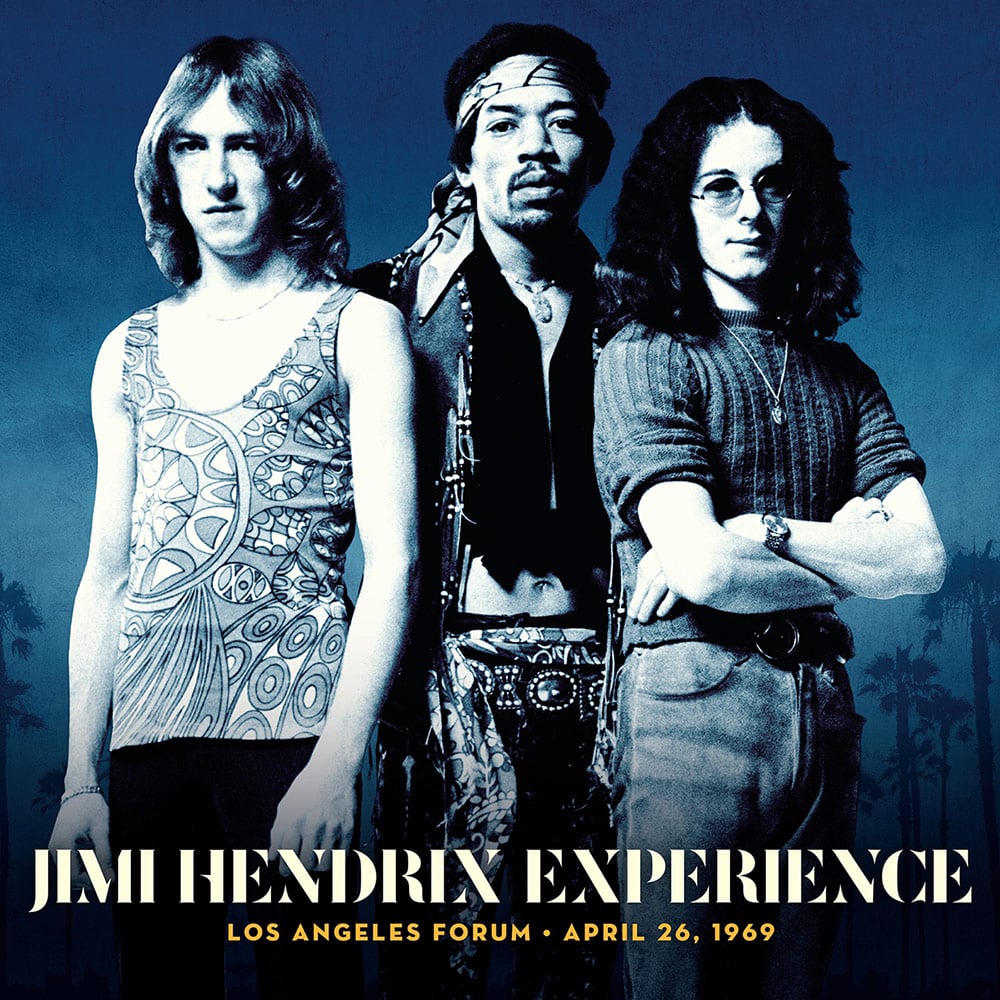 Recorded in the spring of 1969 before a raucous, sold-out audience, the captivating performance of the original lineup (singer/guitarist Jimi Hendrix, drummer Mitch Mitchell, bassist Noel Redding) has never before been released in its entirety. This album comes out in time for the 80th anniversary of Jimi Hendrix’s birth (Nov 27). An advance track from the album “I Don’t Live Today” is now available and debuted yesterday through LA NPR affiliate’s LAist.com.

Following the massive success of The Jimi Hendrix Experience’s 1967-68 studio album trifecta (Are You Experienced, Axis: Bold As Love, and Electric Ladyland), the trio had developed into the most popular international touring attraction in rock music. This widescale public interest coincided with the construction of new arenas for sporting events, among them the Forum in Inglewood, CA. Designed by famed architect Charles Luckman (who also designed New York’s rebuilt Madison Square Garden), this multi-purpose venue opened in 1967 as the home of the Los Angeles Kings hockey team and Los Angeles Lakers basketball team, but also began to serve as a music venue. Among the earliest concerts held there was Aretha Franklin in January 1968 and the Cream farewell tour with opening act Deep Purple in October of that year. The Jimi Hendrix Experience were booked to perform on April 26, 1969 with opening acts Chicago Transit Authority (soon-to-be renamed Chicago) and Cat Mother & The All Night Newsboys, the latter of whom shared management with the headliners. Floor seats cost $6.50 ($51.20 adjusted for inflation).

Hendrix treated each performance as a unique event. He never relied on a standard set list comprised only of his biggest commercial hits.  This approach was on full display at the Forum performance, blending more familiar tunes such as “Foxey Lady” with “I Don’t Live Today” from Are You Experienced and his signature blues original “Red House”(“Everybody want to know what America’s soul is; everybody think it’s Motown … America’s soul is something more like this here”) which had still not yet been released in the US at this time.

The Jimi Hendrix Experience – Los Angeles Forum: April 26, 1969 was recorded by Wally Heider and Bill Halverson contemporaneously, and recently remixed by longtime Hendrix producer/engineer Eddie Kramer for maximum audio fidelity. It was produced by Janie Hendrix, CEO of Experience Hendrix, L.L.C. and the sister of Jimi Hendrix, Kramer and John McDermott, who manages the Hendrix music catalog on behalf of Experience Hendrix. The package’s liner notes are by former LA Times staff writer/critic Randy Lewis with a preface by ZZ Top’s Billy Gibbons who attended the Hendrix Forum show, having toured with the Experience, as part of The Moving Sidewalks, his pre-ZZ Top band. Both Gibbons and Lewis provided commentary for yesterday’s LAist piece. 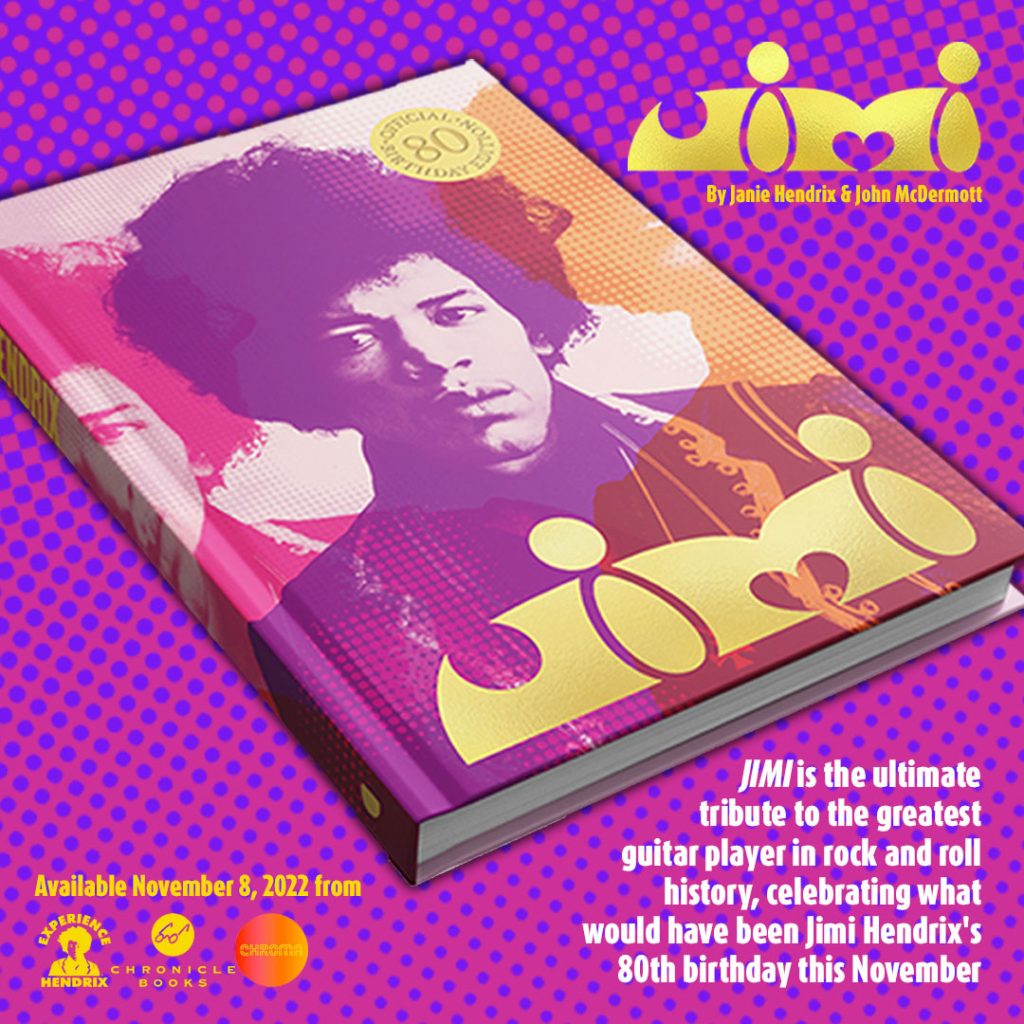 Also coming out during the month of Hendrix’s 80th birthday is the book JIMI. Published by Chronicle Books imprint Chroma for a November 8 release, this comprehensive visual celebration is an official collaboration with Janie Hendrix and John McDermott. JIMI significantly expands on the authors’ previously published titles, including An Illustrated Experience, and features a new introduction by Janie, extensive biographical texts, and a trove of lesser known and never-before-published photographs, personal memorabilia, lyrics, and more. Additionally, JIMI includes quotations by legendary musicians such as Paul McCartney, Ron Wood, Jeff Beck, Lenny Kravitz, Eric Clapton, Drake, Dave Grohl and others who have spoken about Hendrix’s lasting influence.