The Experience fly to San Francisco to play two shows at the Fillmore Auditorium. The supporting cast includes Albert King, John Mayall’s Bluesbreakers, and Soft Machine. The Experience’s first set consists of: “Red House,” “Purple Haze,” “Foxy Lady,” “Let Me Stand Next To Your Fire,” and “The Wind Cries Mary.”

Noel Redding completes an interview for the In Sound radio program. The program is hosted by Harry Harrison. The band remains in San Francisco but moves from the Fillmore East to perform two shows at the Winterland Ballroom.

February 2, 1968 Noel Redding completes an interview for the In Sound radio program. The program is hosted by Harry Harrison. The band remains in San Francisco but moves from the Fillmore East to perform two shows at the Winterland Ballroom.

The band, along with the same performers who accompanied them the previous night, plays two shows at the Winterland Ballroom in San Francisco.

The Experience play the same venue as the previous two nights, but Big Brother and the Holding Company replace Soft Machine. 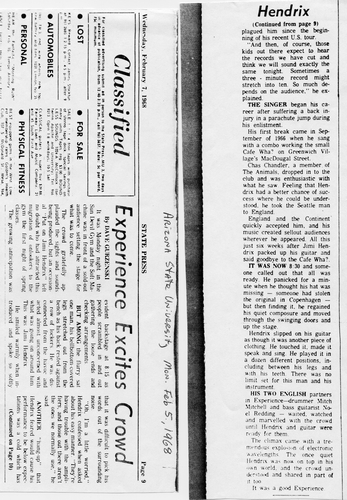 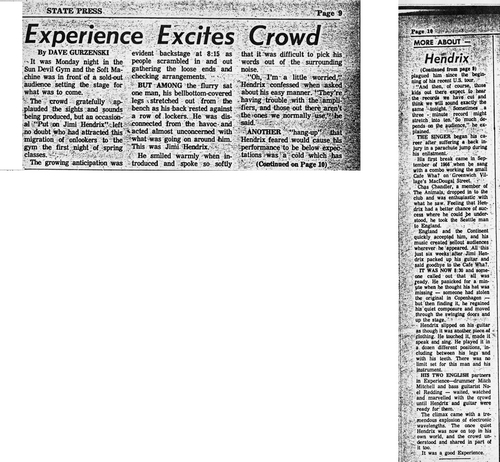 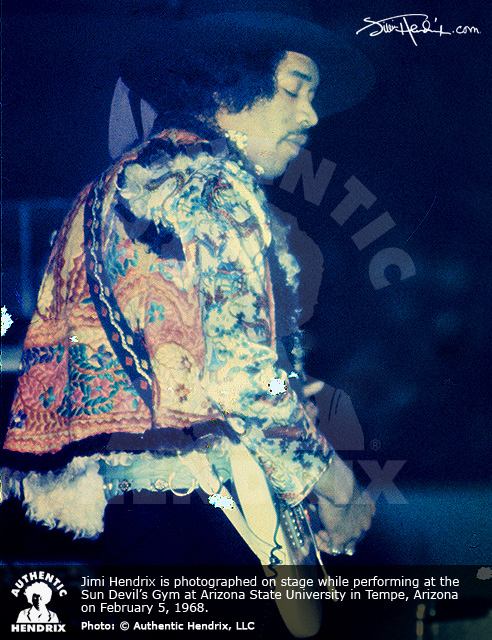 The Experience and Soft Machine perform at the VIP Club in Tucson. The Sunday Mirror conducts a phone interview with Hendrix, which is published February 11.

The band plays at Sacramento State College, supported by Soft Machine and The Creators. A light show by Simultaneous Avalanche is also part of the show. Karen Vitlip interviews The Experience for The Sacramento Union (February 10), and Debbie Smith interviews them for Teenset (July 1968). The Jimi Hendrix Experience are photographed on stage during their February 8, 1968 performance at Sacramento State College in Sacramento, California. Photo: Jeffrey Hughson / © Authentic Hendrix, LLC 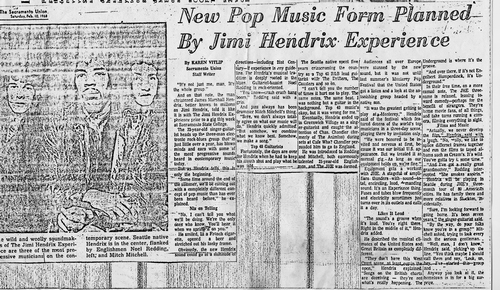 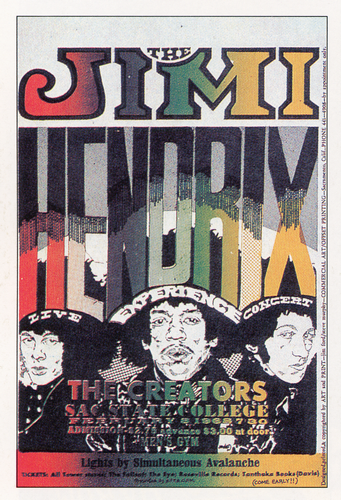 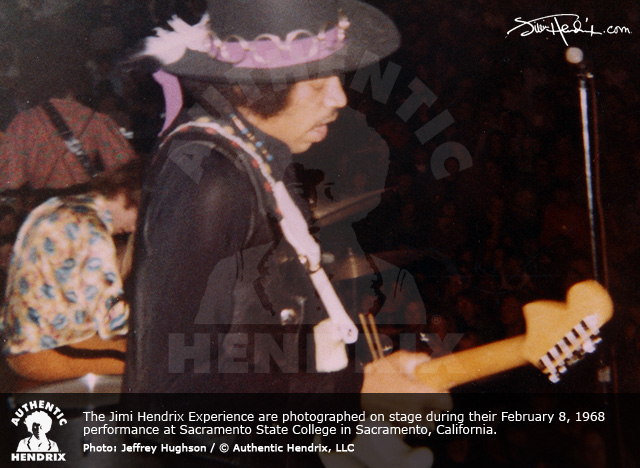 The Experience arrive in Los Angeles for two shows at the Anaheim Convention Center. The Animals, Eire Apparent and Soft Machine are also on the bill. During the second show, Hendrix blows an amp and plays only four songs, among them “Catfish Blues” and “Purple Haze.” 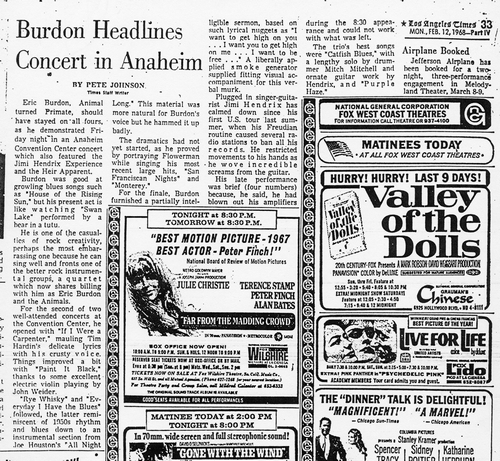 After a sound check, the Experience jam with Buddy Miles, Harvey Brooks and David Crosby at the Shrine Auditorium. They play a show at the Shrine later that night, accompanied by Soft Machine, Blue Cheer and The Electric Flag. The set is comprised of: “Are You Experienced?” “The Wind Cries Mary,” “Up From The Skies,” “Red House,” “Wild Thing,” and “Purple Haze.” Peter Tork attends the show and afterward hosts a party at his home in Laurel Canyon. The Jimi Hendrix Experience perform at the Shrine Auditorium in Los Angeles, California on February 10, 1968. Photo: Chuck Boyd / © Authentic Hendrix, LLC 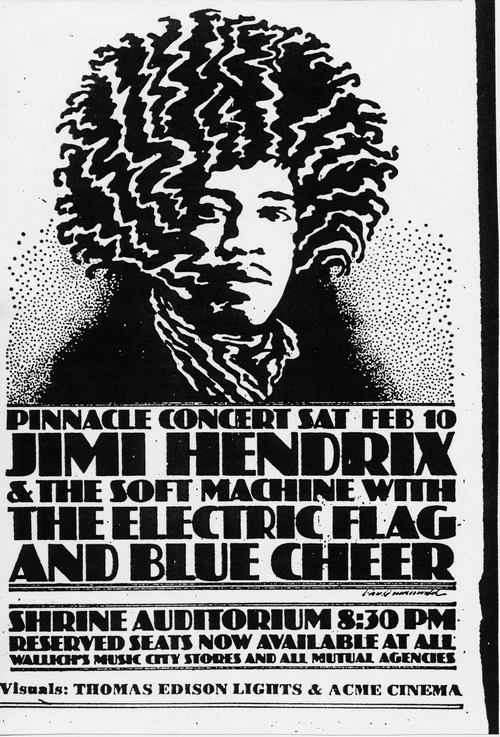 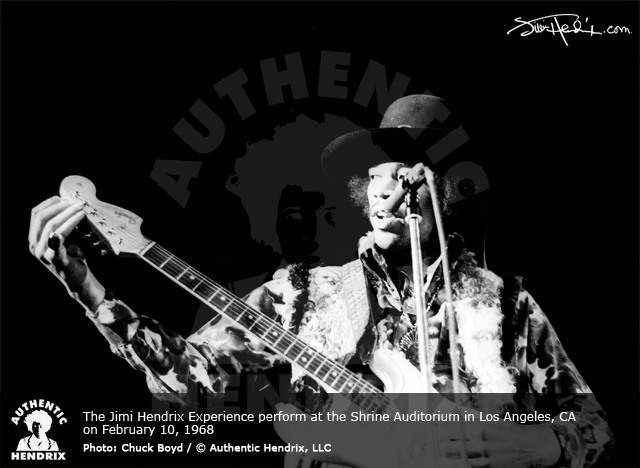 The band travels north to Santa Barbara, where they play at Robertson Gym with Soft Machine and East Side Kids. Bob White interviews Hendrix for the Argo, Santa Barbara. The story is published in March.

The Experience fly to Seattle, Washington, Hendrix’s hometown. A press reception is held at the home of Hendrix’s father Al.

Jimi Hendrix records a series of songs at Sound Center Studios (247 West 46th Street) in New York City. Recordings on this date include “My Friend” which features Ken Pine (12-string), Paul Caruso (harmonica), Jimmy Mayes (drums) and Stephen Stills (piano) accompanying Hendrix playing a bass guitar. The song would be later released on the posthumous album The Cry Of Love in 1971. Noel Redding joined the session later in the evening bringing rise to an instrumental workout of “Little Miss Lover” and while Hendrix records a version of “1983…(A Merman I Should Turn To Be).” 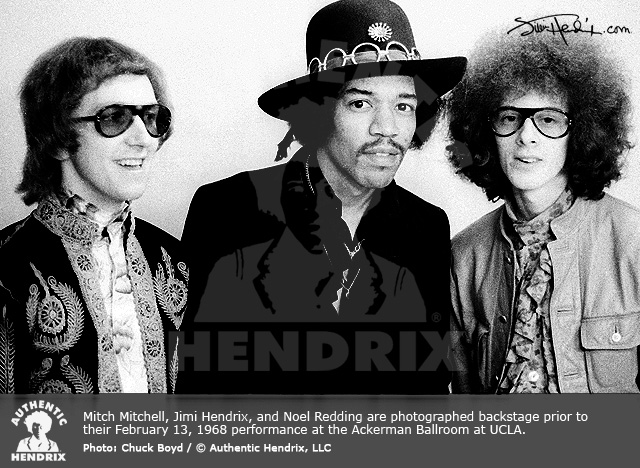 February 15, 1968 Soft Machine, The Moving Sidewalks, and Neal Ford and the Fanatics open for The Experience at the Municipal Auditorium in San Antonio, Texas. 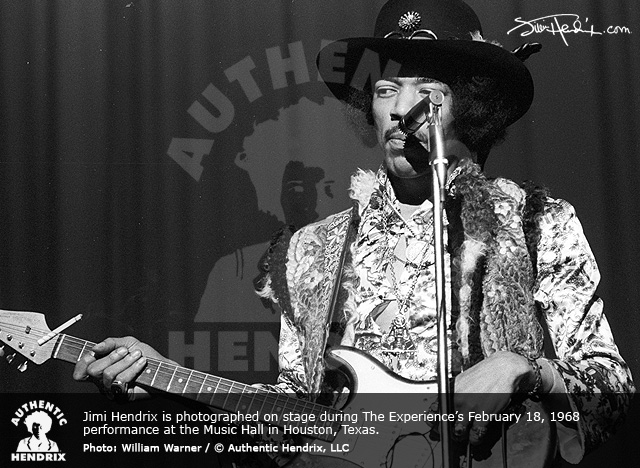 Jules Freemond interviews The Experience for the East Village Other. The interview is published March 8.

The Experience plays two shows at the Electric Factory in Philadelphia.

Hendrix is interviewed for the April 1968 issue of Disco Scene.

The Experience plays another double-header at the Electric Factory.

The band plays the Masonic Temple in Detroit, along with Soft Machine, MC5, and The Rationals. 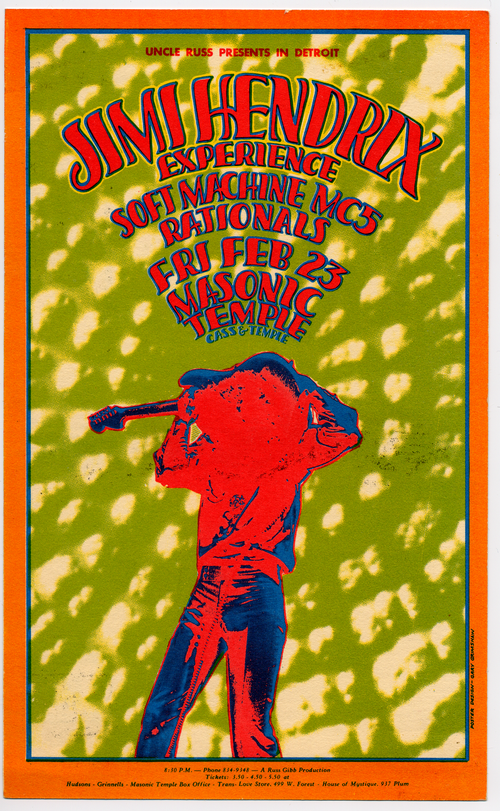 Accompanied by Soft Machine and Mark Boyle’s Sense Laboratory, The Experience play two shows at The Factory in Madison, Wisconsin. 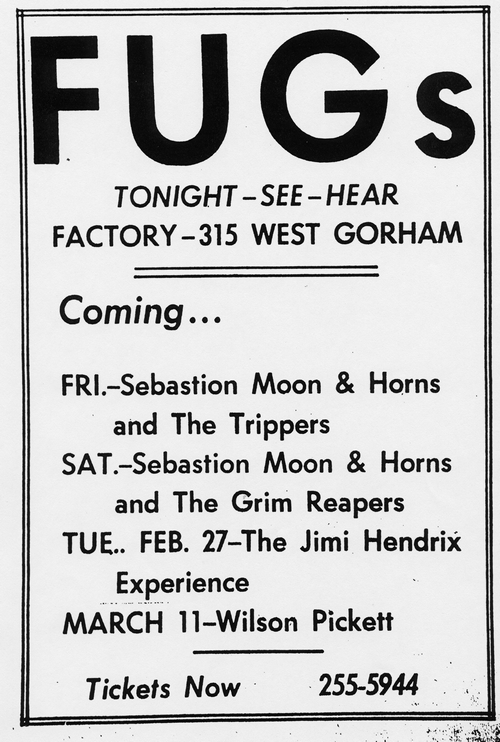 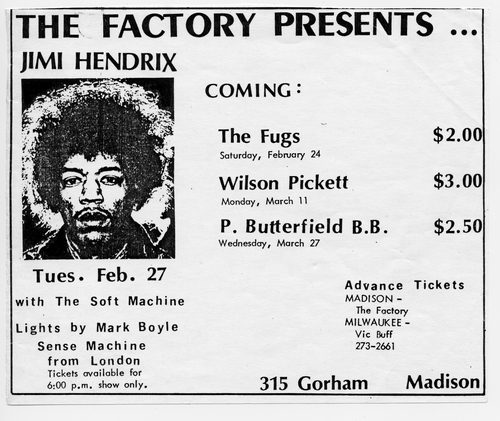 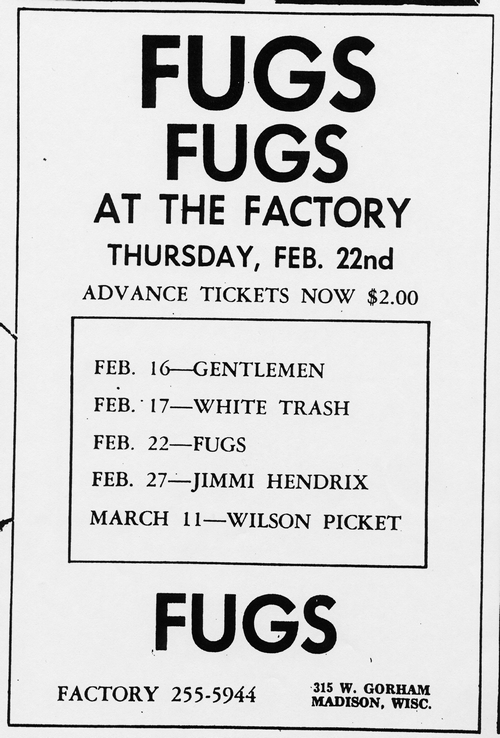 The Experience and Soft Machine play two shows at The Scene Club in Milwaukee, Wisconsin. 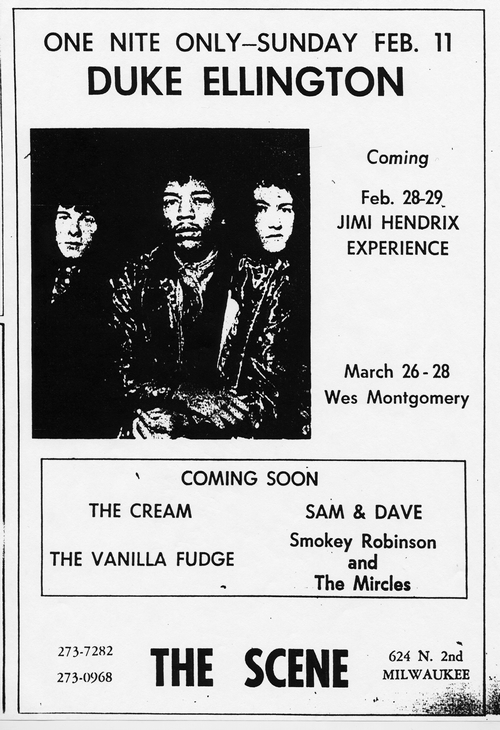 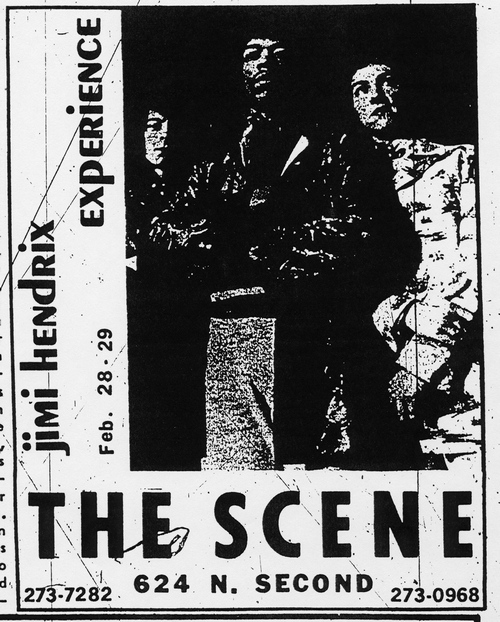 The Experience again play two shows with Soft Machine at The Scene Club.