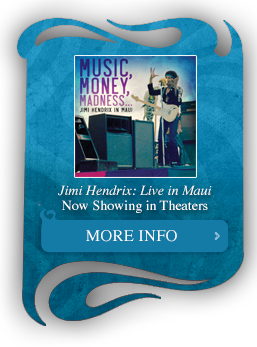 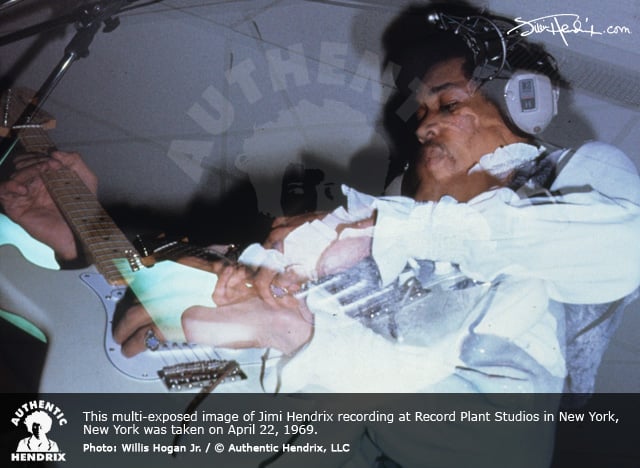 Record Plant, New York Studio Recording Jimi returned to New York and booked an evening session at the Record Plant dedicated to playbacks of previously recorded material and mixing. His session concluded at 2:30 a.m. and the guitarist left the studio to go to the Scene nightclub.

Record Plant, New York Studio Recording 1) “Jam #1” 2) “Jam #2” 3) “Ships Passing Through The Night” 4) “Jam Part II” [“The Things I Used To Do”] In the early morning hours of May 7, Jimi returned from the nearby Scene Club with Steve Stills and Johnny Winter in tow. The three guitarists enjoyed a lengthy jam session which culminated in a rollicking rendition of Guitar Slim’s “The Things I Used To Do”. Memorial Coliseum, Tuscaloosa, Alabama With Fat Mattress, Cat Mother & The All Night Newsboys Later that afternoon, Hendrix joined Mitchell, Redding and his road crew to fly to Tuscaloosa, Alabama. The group checked into the Ramada Inn in Tuscaloosa prior to performing that evening at the Memorial Coliseum. Jimi Hendrix is photographed during The Experience’s performance at Memorial Coliseum in Tuscaloosa, Alabama on May 7, 1969. Photo: Marshal Haglar / © Authentic Hendrix, LLC 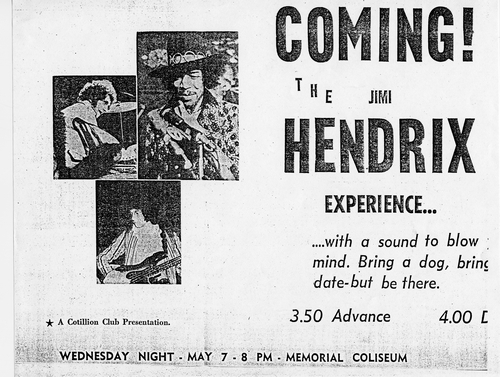 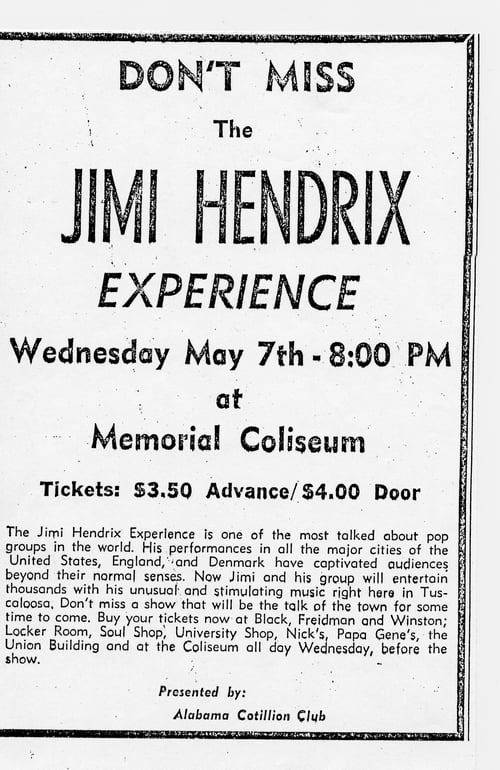 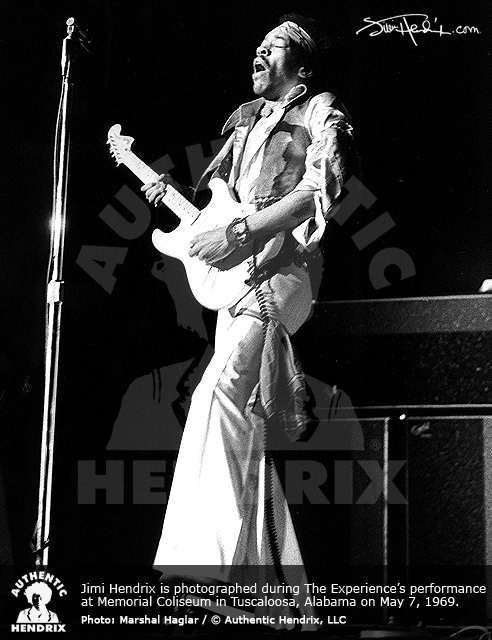