Joined by Billy Cox, Hendrix and Miles returned to the Record Plant studios in New York City to continue work on several new tracks including “Room Full Of Mirrors,” “Stepping Stone,” and “Ezy Rider.” Second engineer Tom Erdelyi recalls additional recordings being worked on including “Izabella,” “Machine Gun,” “Dolly Dagger,” and “Message To Love.” During this session, Hendrix brought in Albert and Arthur Allen (the Ghetto Fighters) to provide backing vocals for “Room Full Of Mirrors.” The basic track of “Room Full Of Mirrors” is the foundation for the recording heard on 1997’s First Ray s Of The New Rising Sun (Experience Hendrix/ MCA, 11599). Afterwards, Hendrix and the Allen twins visited Studio B where Mountain was recording their latest hit, “Mississippi Queen.” Thrilled by the chance meeting, Hendrix invited Leslie West back to his studio for a jam. 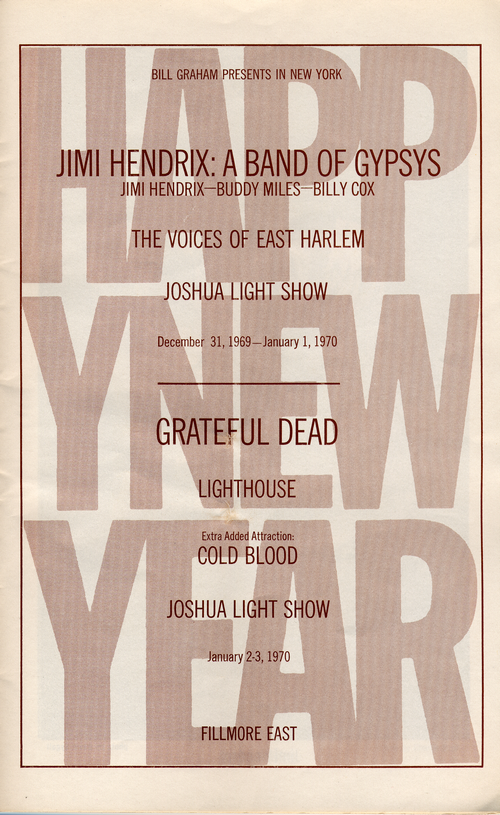 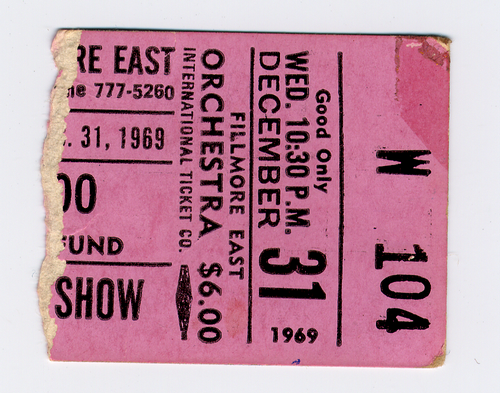 Back at the Record Plant, rough mixes of “Sky Blues Today” and “Izabella” were prepared but later scrapped in favor of new ones.

During a mixing session for Band Of Gypsys at the Record Plant, Dave Ragno and Bob Hughes joined Hendrix for the completion of a rough mix of “Izabella.”

Record Plant, New York Studio Recording Work continued on the mixing of “Izabella” before Hendrix and engineer Bob Hughes crafted what was deemed the master. This mix, coupled with “Stepping Stone”, would later be issued by Reprise as a single in April 1970. The track can now be heard as part of the Voodoo Child: The Jimi Hendrix compilation. With “Izabella” deemed complete, Hendrix began work on mixes of “Sky Blues Today” [“Stepping Stone”].

Back at the Record Plant, additional rough mixes of “Izabella” plus “Sky Blues Today” were completed. The mix of “Izabella” was considered the master.

Juggy Sound, New York Studio Recording Hendrix and Eddie Kramer continued final editing and mixing of the Band Of Gypsys album at Juggy Sound. Record Plant, New York Studio Recording Following his session at Juggy, Hendrix went to the Record Plant where a master mix for “Sky Blues Today” was achieved during this Record Plant. This master, later retitled “Stepping Stone” by the guitarist, was coupled with February 12 master of “Izabella” and would be released on April 13, 1970 as a Reprise Records single.

A master mix for “Sky Blues Today” was achieved during the session at the Records Plant. This master, coupled with “Izabella” from the session on the 12th would later be released (April 13, 1970) on the short-run single “Stepping Stone” b/w “Izabella” (Reprise Records, 0905)

With Band Of Gypsys riding high in the Billboard US album chart, Reprise Records issued the single “Stepping Stone” coupled with “Izabella”. Apart from “All Along The Watchtower”, Jimi had little success at US Top 40 radio. “Stepping Stone” and “Izabella” proved to be no exception. Moreover, Capitol Records complained that Reprise was trying to distract consumers from Band Of Gypsys. As the delivery of that album had resolved a bitter lawsuit between Hendrix, Capitol, and Reprise, the single quickly faded from view and has since become a prized collector’s item. For those unable to track down an original vinyl copy, both versions can now be heard as part of the Voodoo Child: The Jimi Hendrix Collection issued in May 2001.