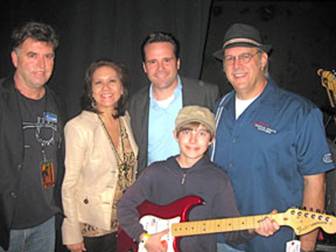 The Conservatory, founded by Red Hot
Chili Peppers’ bassist, Flea,
has a special relationship with Experience Hendrix in light of past bequeathals
in support of its work in providing music education to inner city kids. Janie
Hendrix noted, “We were delighted to use the occasion to continue our
support of SCM’s efforts to provide affordable music education to the
community; their work is vital in light of the abdication in providing arts
education by so many public school systems these days. It’s something that we
can say, without any doubt, that Jimi would have been especially pleased
about.”