Be sure to check out the Amazon Exclusive edition of Winterland which features a bonus disc of content, consisting of an amateur stereo recording made of Jimi’s sold out February 4, 1968 Winterland performance. This deluxe edition package also presents rare interview audio with Hendrix, a 36-page book filled with previously unpublished photos and an essay by Rolling Stone journalist David Fricke. 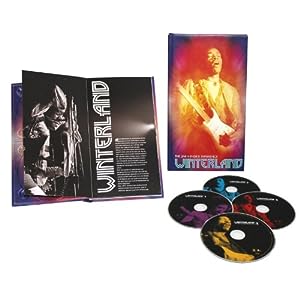 Also available in stores: Hendrix In The West, The Dick Cavett Show DVD, and Blue Wild Angel: Jimi Hendrix At The Isle Of Wight DVD.