Reveling In The Hendrix Experience – The Boston Globe Review 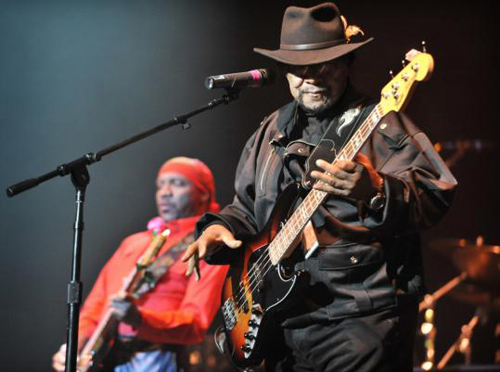 It doesn’t take a dozen exceptional guitarists to extol the virtues of Jimi Hendrix. But having that many certainly makes for a great show, as was the case Sunday at the Orpheum with the “Experience Hendrix” concert.

Isley, an early supporter of Hendrix, and bassist Billy Cox, who was in both the Experience and Band of Gypsys, brought historical heft as they teamed for the opening salvo of “Stone Free” and “Message to Love.” Cox reminded the packed house how Hendrix rested his unparalleled guitar architecture atop a steady foundation of blues and soul. Isley, best known as an R&B player, showed how Hendrix opened up new possibilities for guitarists, and he demonstrated with a mind-melting rendition of “Manic Depression.”

Read more at The Boston Globe.