Record Store Day 2018 To Include The Jimi Hendrix Experience: ‘Burning Of The Midnight Lamp’ 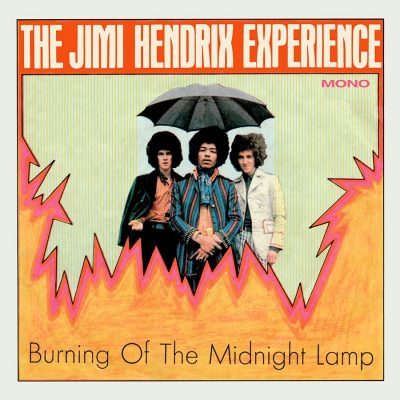 Record Store Day was conceived in 2007 at a gathering of independent record store owners and employees as a way to celebrate and spread the word about the unique culture surrounding nearly 1,400 independently owned record stores in the U.S. and thousands of similar stores internationally.

Electric Ladyland is arguably Jimi Hendrix’s most authentic and personal work, a realization of music as “my personal diary­ — a release of all my inner feelings, aggression, tenderness, sympathy, everything” (as he said in an interview not long after the album’s release). To celebrate the 50th anniversary of the final album Hendrix issued during his lifetime, this 7” three-song EP offers the rare, original UK mono single mix of “Burning Of The Midnight Lamp,” that was originally prepared by Jimi Hendrix and Chas Chandler in 1967. The B-Side features the original, folded-mono mixes of “Crosstown Traffic” and “Gypsy Eyes” that were created by Reprise Records for a promotional 7” single, first released in 1968.