RADIO INTERVIEW: “Myth and Legacy – From Galipoli to Hendrix” 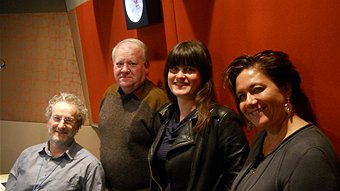 Jimi’s sister Janie Hendrix shared some insights from her family life, and reflected on why his music still touches a chord with so many people and why it has endured.

Janie is in Australia to introduce the ‘Experience Jimi Hendrix’ concerts; featuring a cast of local (Melbourne) musicians which takes at The Forum Theatre this Saturday, June 23, 2012.

Click here to listen to the interview (NOTE: Janie joins the conversation at roughly the 24 minute mark of the program.)