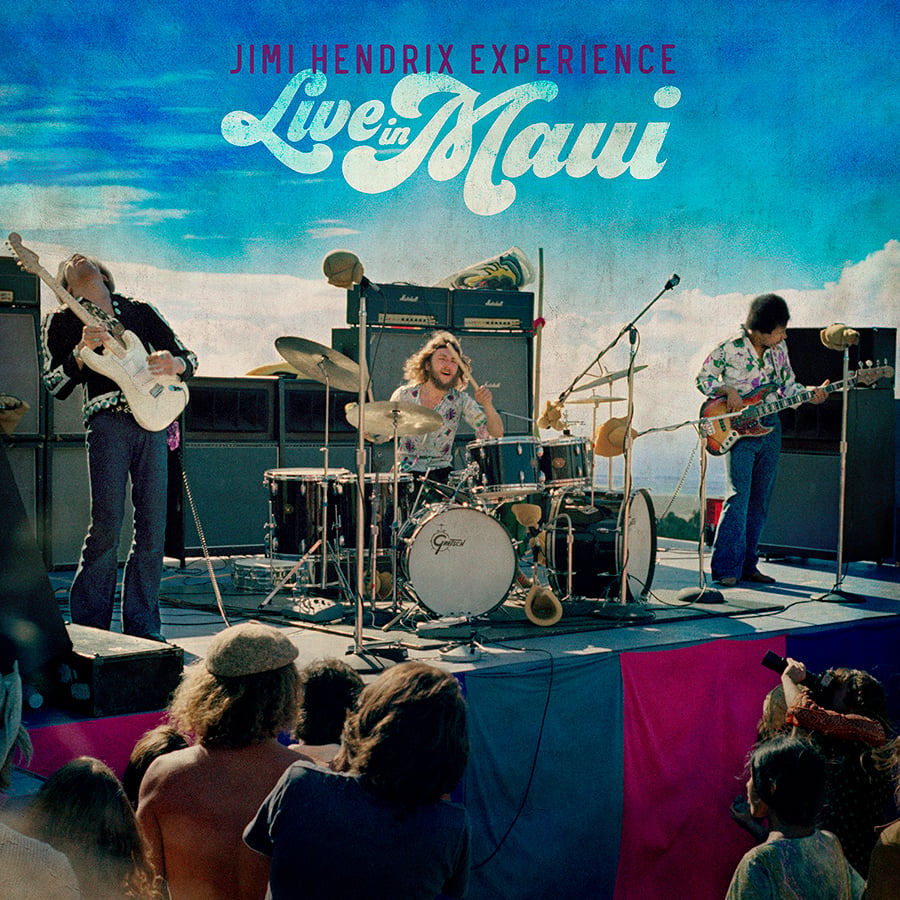 The deluxe Blu-ray package available with 2CDs or 3LPs chronicles The Jimi Hendrix Experience’s storied visit to Maui in July 1970 and how they became ensnared with the ill-fated Rainbow Bridge movie. The new documentary film presents all the existing 16mm color film shot of the two afternoon performances mixed in stereo and 5.1 surround sound, newly restored and mixed by Eddie Kramer and mastered by Bernie Grundman.

Learn more or order your copy at: http://jimihendrix.lnk.to/maui