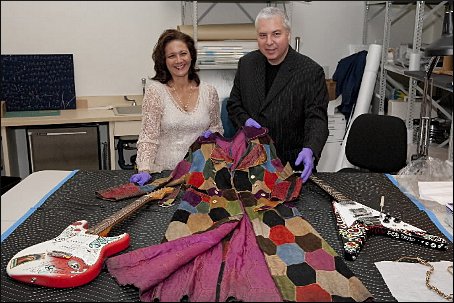 But his sister Janie and the National Museum of the American Indian want you to know that part of his great style came from his Native American ancestry. Now 49 and head of Jimi Hendrix’s Seattle-based estate, she brought one of the musician’s custom-made coats and two replica guitars to the museum Wednesday for an upcoming exhibit, “Up Where We Belong: Native Musicians in Popular Culture,” which opens in July.