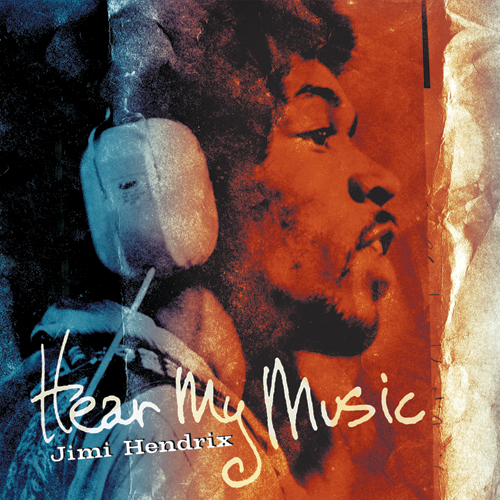 Hear My Music is a unique collection of instrumental recordings that reveal some of the creative explorations Jimi Hendrix was undertaking throughout the first half of 1969. While these recordings were not originally intended for release in their present state, they shine further light on the artist’s creative development and unending quest for new musical challenges. The diversity of the recordings—from solo demos to group efforts with the Jimi Hendrix Experience to free form jam sessions—make clear Hendrix’s sheer love of playing music and interacting with fellow musicians in every setting.

The insightful 11 track release features “Slow Version,” “Ezy Ryder/Star Spangled Banner,” “Jam 292,” “Trash Man,” Message To Love,” “Gypsy Blood,” two versions of “Valleys Of Neptune” including a solo electric guitar rendition and Jimi alone at the piano, “Blues Jam At Olympic,” plus the original unedited versions of “Drone Blue” and “Jimi/Jimmy Jam” from the long out-of-print 1980 release Nine To The Universe. Hear My Music marks the first time these recordings have ever been released in their original unedited format.

Dagger Records was established by Experience Hendrix, L.L.C. in 1998 specifically to release ‘bootleg’ recordings which further detail Jimi’s illustrious legacy. Dagger releases are normally not available in brick and mortar record stores, as all other titles are sold online via jimihendrix.com. Experience Hendrix, L.L.C. is a major supporter of vinyl releases and the bi-annual Record Store Day celebrations. Other releases in the Dagger catalog include Live In Cologne, Live At Woburn, Live In Paris & Ottawa 1968, Burning Desire, Live At The Isle of Fehmarn, Paris 1967/San Francisco 1968, Baggy’s Rehearsal Sessions, Live In Ottawa, Morning Symphony Ideas, Live At Clark University and Live At The Oakland Coliseum.

Side A
Slow Version
Drone Blues
Blues Jam At Olympic