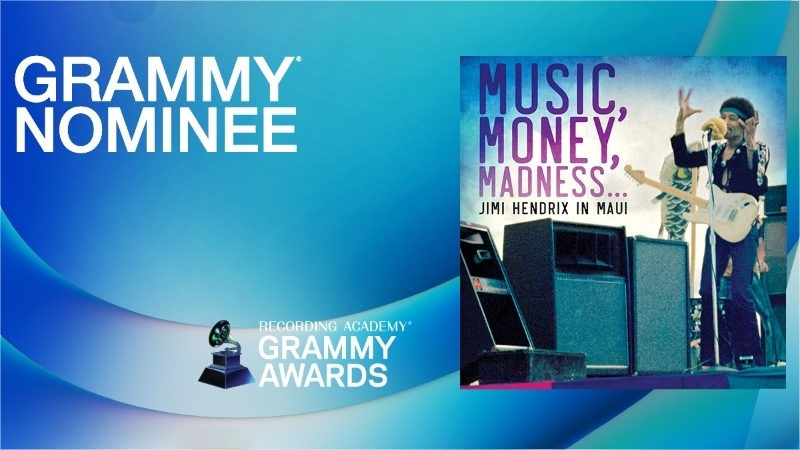 Today, the critically acclaimed documentary film Music. Money. Madness… Jimi Hendrix: Live In Maui received a 2022 GRAMMY Award nomination for “Best Music Film.” The hit film chronicling The Jimi Hendrix Experience’s storied July 1970 visit to Maui and how they came ensnared with the ill-fated Rainbow Bridge movie will be up for the award during the 64th GRAMMY Awards on January 31, 2022. The film is now available on CD+Blu-ray, LP+Blu-ray and streaming via The Coda Collection.