Experience Hendrix Tour – From the Toronto Globe and Mail 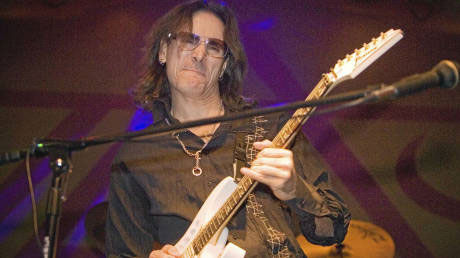 Have you ever been re-experienced? The original bands are no longer going concerns, but the music of Led Zeppelin, Jimi Hendrix and other classic-rock heroes is evergreen, with younger generations discovering music known well by parents and grandparents. And so, serving nostalgia and new crowds alike, touring road shows Experience Hendrix, Jason Bonham’s Led Zeppelin Experience and Classic Albums Live do big business.

This week, Toronto audiences applaud the arrival of those three rock ‘n’ roll revues: Hendrix and Zeppelin at the Sony Centre on Oct. 28 and 29, respectively; Classic Albums Live’s replication of the Beatles’ The White Album at Massey Hall on Oct. 29. All to answer the question, why don’t we do it on the road?

The Show: Classic tunes from the gaudy catalogue of the I Don’t Live Today singer, performed by such contemporary guitar slingers as Steve Vai, Kenny Wayne Shepherd, Jonny Lang, Susan Tedeschi as well as Ernie Isley and Hendrix friend and bassist Billy Cox. The staging is minimal, with no videos of Hendrix himself.

History: Authorized by Experience Hendrix L.L.C. – the company created by the late guitarist’s father – the show was conceived in 1995. Premiered at Seattle’s Bumbershoot festival, it has toured in 2004, 2007 and now again.

The Twist: Given that the inventive Hendrix himself never played a song the same way once (let alone twice), no attempts at duplication are made. Thus, the bill includes sacred steel guitarists Robert Randolph and the Campbell Brothers, who spin at strings in their own interpretive ways.