Experience Hendrix LLC and Legacy Recordings, the catalog division of Sony Music Entertainment, will release a restored and newly expanded edition of Jimi Plays Berkeley, on Blu-ray and DVD, on Tuesday, July 10.

An historic documentary film chronicling the two concerts Jimi Hendrix performed at the Berkeley Community Theatre on Saturday, May 30, 1970, Jimi Plays Berkeley captures the cultural milieu surrounding one of the finest Hendrix performances ever lensed.

Made from a new, digitally-restored transfer from the original 16mm negative, Jimi Plays Berkeley premieres more than 15 minutes of previously unseen documentary and performance footage of Hendrix classics including “Voodoo Child (Slight Return),” “Machine Gun” and “Hear My Train A Comin'” not featured in the original film release.

“We take great pride in doing our part to preserve the music of my brother, Jimi, especially during his 70th birthday year,” said Janie Hendrix, President and CEO of Experience Hendrix and co-producer (with John McDermott) of the Jimi Plays Berkeley DVD. (Jimi Hendrix, born November 27, 1942, would be 70 this year.)

The second set from May 30, 1970, will be released on CD and on 12″ vinyl as Jimi Hendrix Experience: Live At Berkeley (The Second Set). The audiophile 12″ double album release is an all analog recording cut by Bernie Grundman from the master tapes and struck by Quality Record Pressings (QRP) on 200 gram vinyl.

The most complete record ever-released of that magical Saturday in late May 1970, Jimi Plays Berkeley includes an essay on the film by noted Jimi Hendrix historian John McDermott.

Also on July 10, Legacy Recordings will release the Jimi Hendrix – Voodoo Child film for the first time on Blu-ray. A 90 minute documentary directed by the multiple Grammy award-winning Bob Smeaton (Beatles Anthology, Festival Express, Beatles: The Studio Recordings, Band of Gypsys) Jimi Hendrix – Voodoo Child was originally included as a DVD in the West Coast Seattle Boy Jimi Hendrix boxed set. An autobiographical journey told in the legendary musician’s own words as read by Parliament-Funkadelic’s Bootsy Collins, the film incorporates interviews with Hendrix, coupled with the artist’s letters, writings and recordings to provide new insight into one of the most enduring icons of popular culture. The documentary features some of Jimi’s greatest performances as well as rare and never before seen footage and photos including–for the first time ever–examples from the Hendrix family archive of the late guitarist’s personal drawings, postcards home to his father, song drafts, sketches, and lyrics. 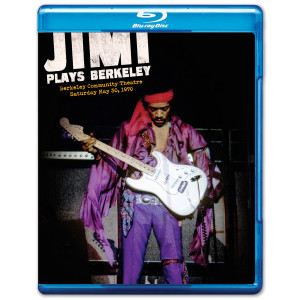 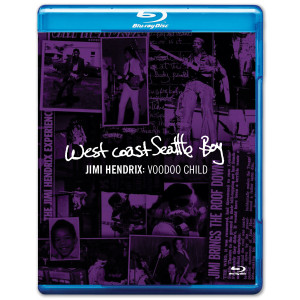 PRE-ORDER Live At Berkeley on www.AuthenticHendrix.com