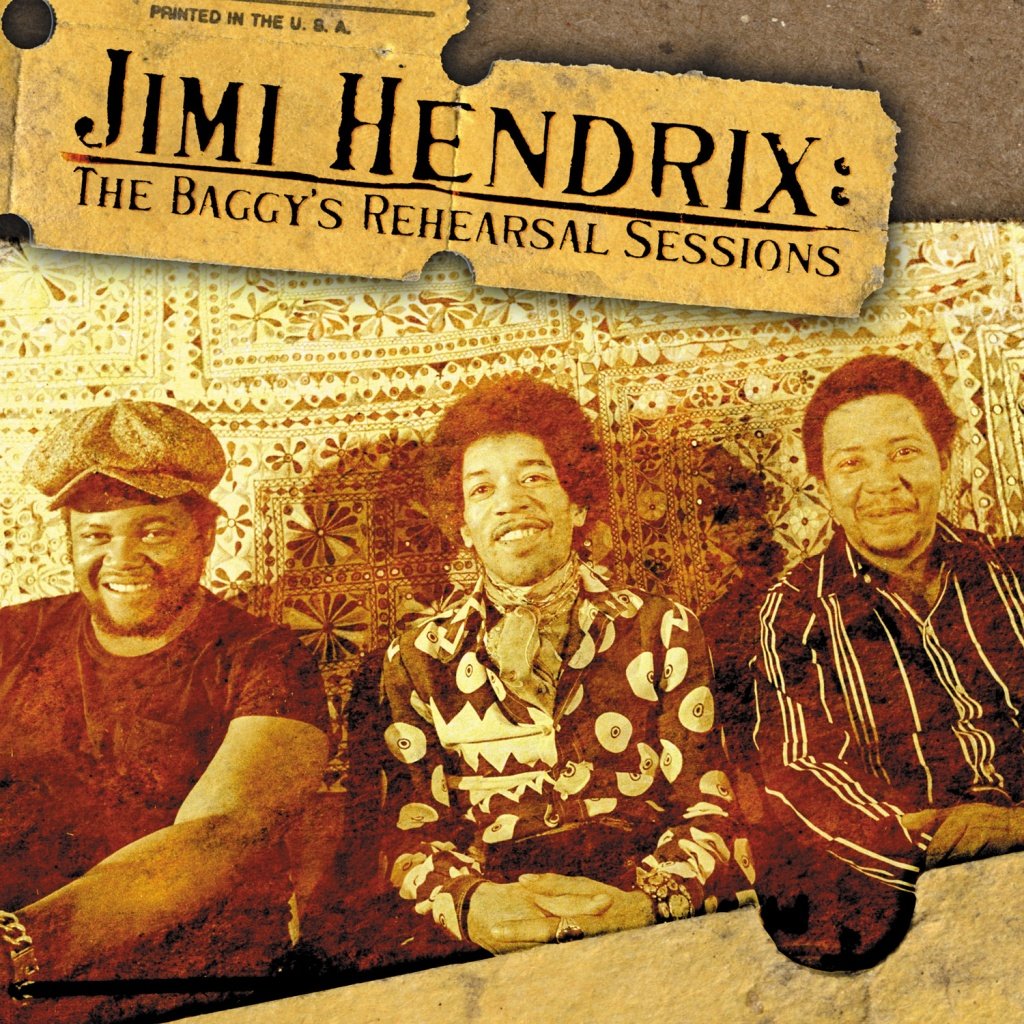 Jimi Hendrix: The Baggy’s Rehearsal Sessions represents the fifth release by Dagger Records, the official bootleg label created by Experience Hendrix. This edition offers the fruits of the guitarist’s spirited rehearsals fronting the Band Of Gypsys as they prepared for their four unforgettable Fillmore East concerts.

These unpolished, direct to two-track recordings were made over the course of two long December 1969 evenings. Hendrix had just returned from Toronto, Canada where he had been acquitted in a jury trial for narcotic possession. The verdict had lifted an enormous burden from the guitarist’s shoulders. With the court case and all of its possible ramifications now behind him, Hendrix redirected his energy toward preparations for the recording of a live album at the Fillmore East with bassist Billy Cox and drummer Buddy Miles.