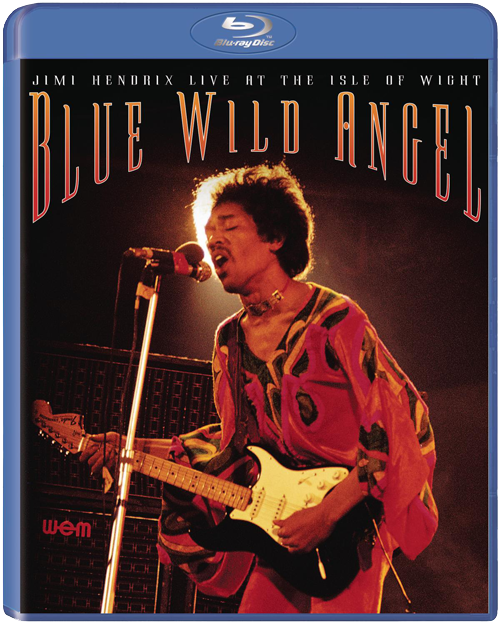 The first Blu-ray release of Blue Wild Angel: Jimi Hendrix Live At The Isle of Wight, the enrapturing film that documents the guitar legend’s August 1970 performance before an audience of 600,000.

The Blu-ray version of Blue Wild Angel contains all of the outstanding extra features included in the DVD, such as footage of “Hey Joe,” which was not in the original release, a behind the scenes interview with Murray Lerner, rare artifacts and memorabilia, including reproductions of original tickets, festival posters, and even Hendrix’s own handwritten directions to the festival site. Lerner’s multiple cameras present Hendrix’s distinctive guitar playing onstage like no other film, and like the DVD, the Blu-ray version allows for simultaneous viewing of multiple camera angles – expanded to include “God Save The Queen,” “Sgt. Pepper’s Lonely Hearts Club Band,” “Spanish Castle Magic,” All Along The Watchtower, “Machine Gun,” “Red House,” “Foxey Lady,” and “In From The Storm.”