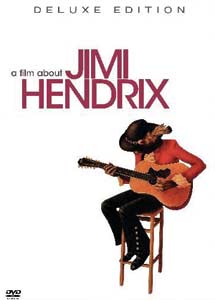 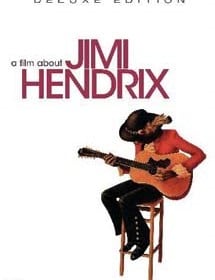 This deluxe DVD release features a newly remastered and remixed audio soundtrack in 5.1 Dolby Digital Surround sound and is loaded with more than 75 minutes of previously unreleased bonus features.

The Deluxe Edition features three special programs available for the very first time including the 63-minute film From The Ukulele To The Strat which features previously unreleased interviews with Mitch Mitchell, Billy Cox, Buddy Miles, Eddie Kramer, Eric Barrett, Gerry Stickles, Al Brown, John Hammond, Linda Keith, Al Hendrix, Freddie Mae Gautier and Fayne Pridgon, all of which were filmed in 1972 during production of the original film, but not included in the final version of the theatrical presentation.

Also featured in the Enhanced Program is a newly cut version of Jimi Hendrix’s performance of “Stone Free” from the July 4, 1970 concert at the Atlanta Pop Festival. Previously released in edited form outside of the United States as part of 1992’s Jimi Hendrix At The Atlanta Pop Festival, this newly produced 6-minute video features Jimi’s original performance, restored and uncut for the very first time.

Finally, Jimi’s originally studio engineer Eddie Kramer breaks down the mix of “Dolly Dagger.” This 6-minute film was originally film at Jimi’s Electric Lady Studios in 1972 during the production of the original film, but is now being included on the Deluxe Edition release for the very first time.