ONE NIGHT ONLY – The Jimi Hendrix Experience: Live At The Oakland Coliseum

In February 1998, The Jimi Hendrix Experience: Live At The Oakland Coliseum marked the debut release of Dagger Records, a unique record label established to bring Jimi’s fans inspired performances that don’t meet the technical recording criteria and sonic high standards Hendrix himself established over the course of his short by spectacular career.

Releases on Dagger Records are not intended for the casual fans.  If you haven’t experienced ground-breaking Hendrix albums like Are You Experienced and Electric Ladyland, you shouldn’t be listening to this album—quite yet.  Dagger Records album like Live At The Oakland Coliseum are specifically directed to fans who have enjoyed Jimi’s authorised masterworks from front to back but still want more.

The underground market for Jimi Hendrix recordings, fueled in part by the demands of the guitarist’s most ardent followers, is ride with expensive, poorly annotated bootlegs.  These haphazard compilations are often of poor quality, and too frequently deliver far less than they advertised.  Through Dagger Records, Experience Hendrix, L.L.C. plans to service the healthy demand for Jimi’s music with informative “bootleg” releases which are properly annotated, complete with photos and reasonable sonic quality.

Spread over two discs, The Jimi Hendrix Experience: Live In Oakland presents the group’s April 27, 1969 concert at the Oakland Coliseum. Recorded one night after the Los Angeles performance (which was issued as part of the now deleted Lifelines box set), The Experience’s superb Oakland performance was capped off with an eighteen minute, extended jam of “Voodoo Child (Slight Return)”. Joining the group onstage for this final number was Jefferson Airplane bassist—and Electric Ladyland contributor—Jack Casady.

The Oakland concert was recorded by Ken Koga using a single microphone onto a portable Sony reel-to-reel deck. The concert was not professionally recorded, so Ken’s amateur tapes represent the only known documentation of this inspired performance. The monophonic sound is unobtrusive and clear, but far from industry—as well as Jimi’s own—standards.

Fans of The Experience will recognize the set list, as songs such as “Fire”, “Purple Haze”, and “Spanish Castle Magic” were staples of the 1969 US tour repertoire, but there are many intriguing elements marbled throughout the 85-minute performance.

The group’s mood was upbeat and positive, charged by the large, enthusiastic audience.  From their earliest Fillmore gigs to Berkeley in 1970, The Experience—and Jimi in particular—always seemed to rise to the occasion in the Bay Area.  The Oakland concert proved no different.

Highlights include Jimi’s spontaneous reworking of “Hey Joe”, complete with passages about the “soldiers in Vietnam.”  Jimi’s two blues workouts, “Red House” and “Hear My Train A Comin’” are particularly strong, as is a raucous, extended rendition of “Foxey Lady”. The evening came to a close with a rousing finale, as Casady climbed onstage to join the group for “Voodoo Child (Slight Return)”. Nearly 20 minutes later, Jimi thanked the audience and his fellow musicians.  At the close, Jimi mistakenly announced Casady as Jack Bruce, but the mistake was trivial, as the crowd roared with approval.

The Experience never returned to Oakland, as the break-up of the group two months later at the Denver Pop Festival impacted Hendrix’s career in ways which could not have been foreseen on this night.  Nonetheless, Live At The Oakland Coliseum captures the original group at the height of their powers.  Many other memorable concerts would follow—some recorded professional, other simply by fans, and some not at all—but on this night The Experience were on, and thankfully, someone captured it on tape for all of us to enjoy today. 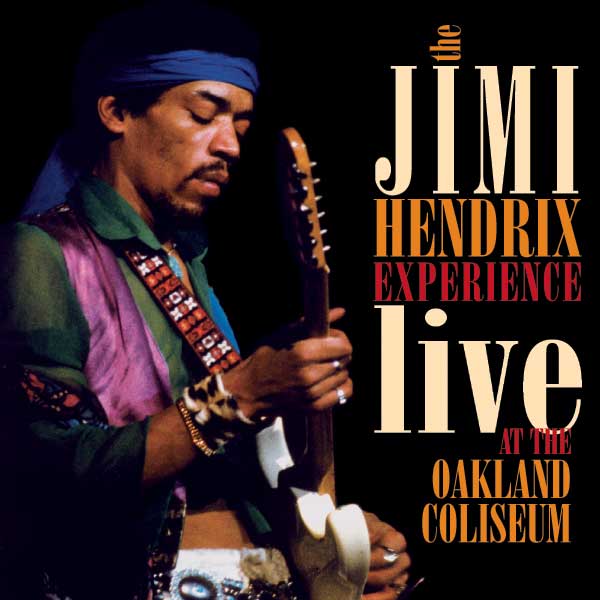 THE JIMI HENDRIX EXPERIENCE: LIVE AT THE OAKLAND COLISEUM

Home » Editorials » ONE NIGHT ONLY – The Jimi Hendrix Experience: Live At The Oakland Coliseum