Jeff Beck – Forever In Our Hearts 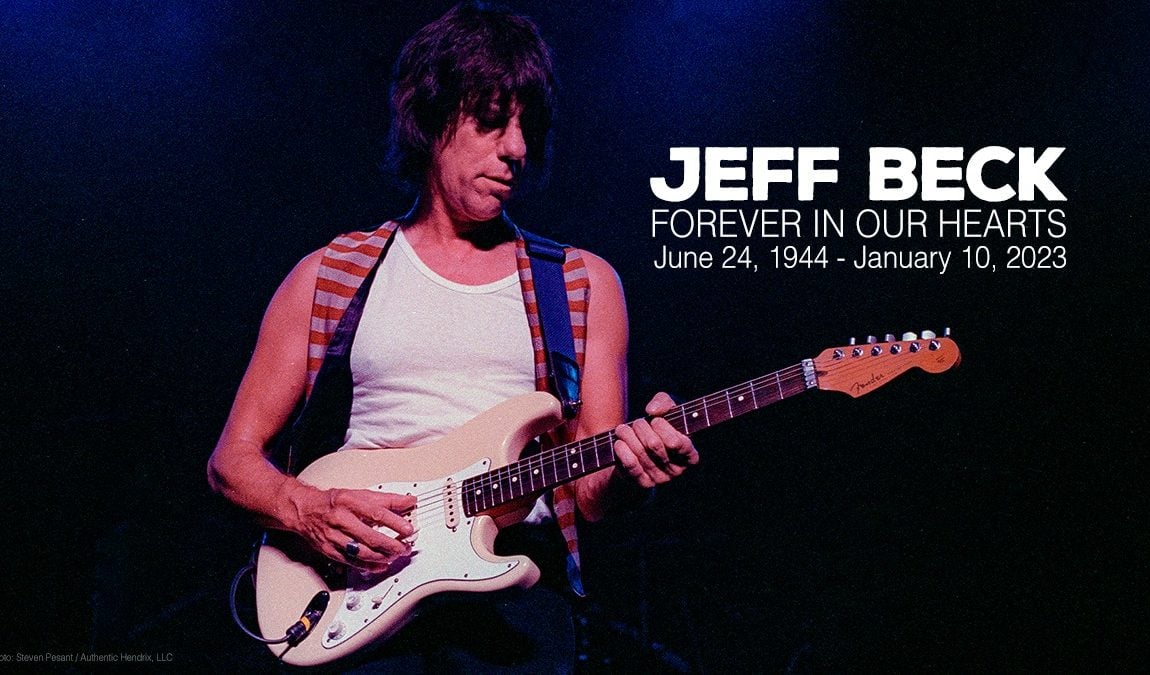 Experience Hendrix and the family of Jimi Hendrix are deeply saddened to learn of the sudden passing of our good friend, legendary guitarist Jeff Beck. Amongst the pantheon of the world’s great guitarists — Jeff Beck’s influential style incorporated rock, jazz and blues alongside unparalleled improvisational talents that made him a prominent figure as a member of The Yardbirds, Beck Bogert & Appice, The Jeff Beck Group, and throughout his multi-decade solo career along with special projects such as recent collaborations with Johnny Depp.

Jimi Hendrix and Jeff Beck jammed together a couple of times in 1968 and that admiration continued through to this day. Beck once acknowledged that the guitar riffs on “Scared for the Children” were inspired by Hendrix, saying “I’ve never loved Hendrix more than I do now. Ever since I learned the chords to ‘Little Wing,’ nobody can shut me up.”

In addition to live performance tributes to Hendrix during his many performances over the years; Beck joined Seal in 1992 for a recording of “Manic Depression” that was featured on the Stone Free: A Tribute To Jimi Hendrix album. In June 2022, Jeff Beck joined Janie Hendrix and Experience Hendrix in London to help unveil a commemorative Blue Plaque placed at the Hard Rock Hotel in Jimi Hendrix’s honor.

“Jeff was an incredible musician who made magic happen with a guitar,” describes Janie Hendrix. “Each note emanated from his soul! It was an honor to have him join us for the Jimi Hendrix Blue Plaque unveiling at the Hard Rock in London. But he was more than a musician. We knew him to be kind, generous with his time, a spreader of light, and an absolute joy to be around. Jeff will be missed terribly. He will also be fondly remembered and celebrated as our eternal friend! Rest In Peace, Jeff your music plays on!”

The multi-Grammy Award winning guitarist is a two-time inductee into the Rock & Roll Hall Of Fame will forever be remembered for his friendship and will be greatly missed. Fly on sweet angel.