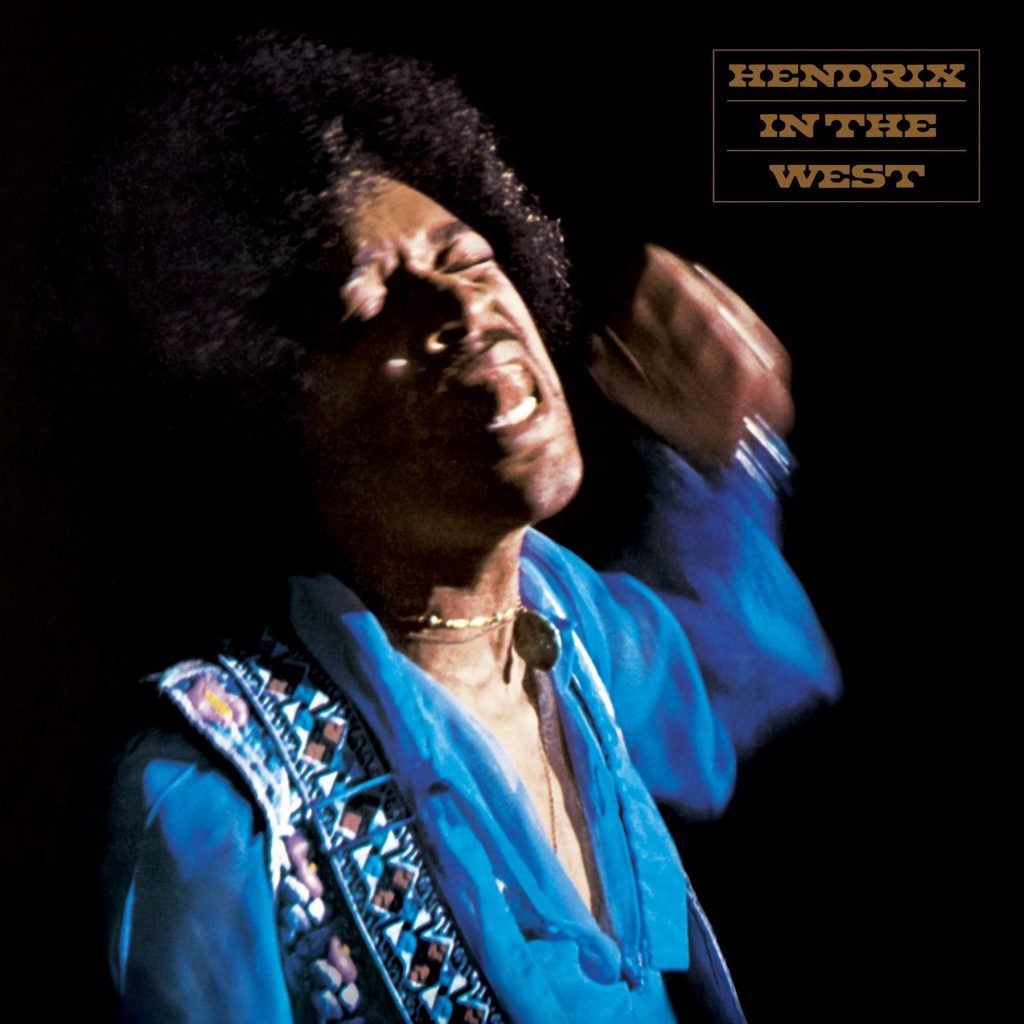 Hendrix in the West (CD and Vinyl Version)

Community Theatre and the San Diego Sports Arena to the Isle of Wight Festival, Hendrix In The West captures the guitarist exploring new directions in sound during 1969-70. Robert Christgau, the Dean of American Rock Critics, called Hendrix’s versions of “Red House” and, “Johnny B. Goode” on this album “definitive.” Out of print in the US since 1974 and for more than two decades internationally, Hendrix In The West, has remained one of the most requested albums by fans to return to the commercial marketplace.

Hendrix In The West will be reissued as an expanded single disc featuring five additional, previously unavailable performances. The album’s iconic cover features a classic Jim Marshall photograph of the guitarist and the twenty-four page book is filled with rare and previously unseen images captured by Marshall’s distinctive lens. This expanded edition of Hendrix In The West will also be available on 12″ vinyl as a 2 LP set.