Two weeks after Woodstock, Jimi Hendrix appeared at Frank’s Restaurant in Harlem on September 3, 1969 to announce his upcoming performance at a benefit concert on behalf of the United Block Association. This press conference marked the first opportunity for many in the mainstream press to query Hendrix about his performance and the cultural impact of the Woodstock festival.

We’re live. Go ahead. We’re rolling.
Is there anything you want to say?

Is there anything I want to say, hmmm. Yeah, I can hardly wait until the gig comes because I’m more comfortable with the guitar in front of people.

This whole thing is under the benefit of UBA and we hope to do some gigs for it, you know, some more benefits.  Matter of fact, what we’re trying to stress also is music should be done outside in a festival type of way just like they do it anywhere else. And if they can have more gigs like this in Harlem—you know, you can play outside, say for instance, three days, and the fourth day you play half the day outside, for instance, and maybe the other time in The Apollo, four shows or whatever. Because a lot of kids from the ghetto or whatever you want to call it don’t have enough money to travel cross-country to see these different festivals, what they call festivals. I mean seven dollars is a lot of money, you know.

So, I think more groups that are supposed to be considered heavy groups should contribute more to this cause.

Could we ask you what your thoughts may be after White Lake?

Yeah, well. I was pretty tired, you know, I was tired. I was very tired. And uh, it was a success for the simple fact that there was one of the largest gathering of people, you know, in a musical sense of it, you know? And it could have been arranged a little tighter, but it was a complete success compared to all the other festivals that everybody tried to knock here and there.

I’d like to see the same thing happen and see some kind of chartered bus thing come from different areas of town ‘cause I’d like for everybody to see these types of festivals so everybody will mix together. You wouldn’t believe it.  You really wouldn’t.

Do you think that anything significant was stated by this gathering?

Oh, it just seems to me that—pardon?  Oh yeah, that’s true. It just seems to me that music has a lot of influence on a lot of young people today. Politics are getting—well, I don’t know.  You know how they’re getting, you know.  A cat will talk on TV and a cat in Mississippi, a farmer in Mississippi and you can’t barely understand him except when he says “America.” So then he’s gonna vote for him. But through music it’s all true.  Either true or false. You know.  And like such a large gathering of people with music, it shows that music must mean something.

Do you think this is going to have an influence on future festivals or the music?

Well, the idea of non-violence and the idea of when your attendance is over their thing then we should let everybody else in free.  Yeah, that idea, yeah. And the idea of people really listening to music over the sky, you know in such a large body. Everybody thinks that something’s gonna go haywire or something. That’s always brought on by the police, always, you know because …

You’re saying this is a success because 300,000 people—isn’t that pretty large to really be a success?

It sure is, and I’m glad it is a success.

Why did you close with “The Star-Spangled Banner?”

Oh, because we’re all Americans you know. We’re all Americans, aren’t we? When it was written then, it was played in a very, very beautiful – what they call a beautiful state – you know? It was nice, inspiring, you know, your heart throbs and you say, “Great, I’m an American.” But nowadays when we play it, we don’t play it to take away all this greatness that America’s supposed to have, but we play it the way the air is in American today. The air is slightly static, isn’t it?

What is your comment on the drug use at the Wallkill Festival?

I don’t know, some people believe that they have to do this or do that to get into music.  I don’t know.  I don’t have opinions at all. Different strokes for different folks, that’s all I can say. Sly and the Family Stone I think said that.

How do you think the benefit you’re going to do in Harlem will compare to the Woodstock festival?

Oh well, I don’t know. I might be living in the wrong time, but I don’t go by comparisons. I just go by the truthness or the falseness of the whole thing, the intentions of whatever it might be. Forget about comparing.  That’s where we make our biggest mistake is trying to put our ego against another person’s, you know? That’s what I can’t find out – that’s why I can’t find out who’s better, B.B. King or Segovia. You know what I mean? They’re both masters, both kings.

Mr. Hendrix, a lot of people found the Wallkill assembly startling, even surprising.  What would you say to them?

Well, from now on, a lot of people is gonna find a whole lotta things ten times more startling, ten times more surprising. All depends on where their head’s at. Let’s pretend that a flying saucer’s coming down. Instead of checking it out and really seeing what it’s about, they’re gonna try to shoot it down, first of all. In other words, an unknown thing.  So this is very unknown to the people who were surprised, isn’t it? Well, they should try to get into it, see what it’s really about. Just like smoking and cancer; it got so bad and out of hand that they had to put it on TV, didn’t they? Found out the yes and no’s, what’s the actual link-up, you know. It’s the same thing with these festivals and these gatherings. I hope it happens in art, I hope it happens in community sports, and whatever, you know?

Why the United Block Association?

Why did you pick the United Block Association?

Do you think this kind of assembly marks a change in American culture?

There’s been changes marked even before the times of King, Dr. Luther King, you know.  There’s been a whole lot of changes. But some people, after the excitement or the backwash or the change slows down, they say, “Yeah, that was groovy. Let’s see, what else can we feast upon now?” You know.  There’s a whole lot of changes happening, but now it’s time for all these changes to connect. To show them that it’s leading up to love, peace and harmony for anybody, and a chance for anybody.

You taught yourself to play, didn’t you?

Well, yeah, people taught me to play, man. The movement of people and the way they carry on from this or that, you know? The whole idea that anybody can do anything they want to do. It’s up to themselves, you know, with the right intentions. 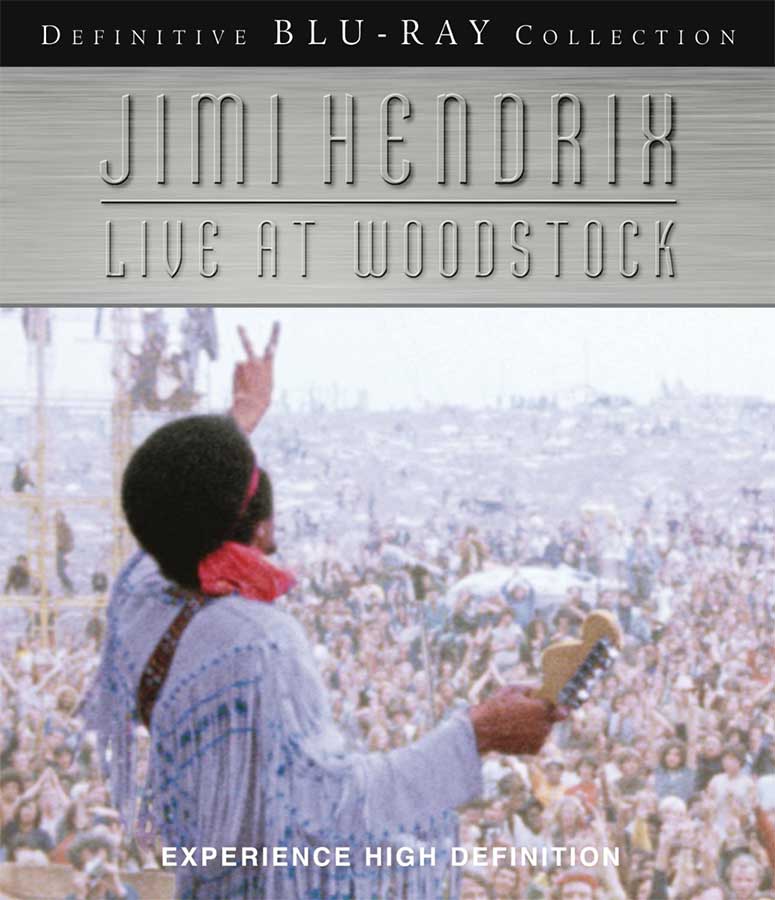 This special two-disc presentation of Jimi Hendrix: Live At Woodstock stands as the definitive record of one of Jimi’s most celebrated performances.  Live At Woodstock features all of the existing film footage from Jimi’s unforgettable August 1969 Woodstock concert newly re-edited and presented uninterrupted and in its original performance sequence. It features never before seen versions of “Foxey Lady,” “Message To Love,” “Hey Joe,” “Spanish Castle Magic,” and “Lover Man.” The audio now includes a new previously unavailable 5.1 and 2.0 stereo soundtrack mixed by Eddie Kramer, Jimi’s original studio engineer. This Definitive Release also features several bonus features including the short films The Road To Woodstock, Live At Woodstock (A Second Look), the September 3, 1969 interview filmed at Frank’s Restaurant in Harlem, New York prior to Hendrix’s appearance at the United Block Association’s benefit concert, plus special interview features Nashville Roots with Billy Cox and Larry Lee discussing and Recording Woodstock featuring an interview with Eddie Kramer. Available on DVD and Blu-ray from Authentic Hendrix plus the main feature film is now streaming via The Coda Collection.