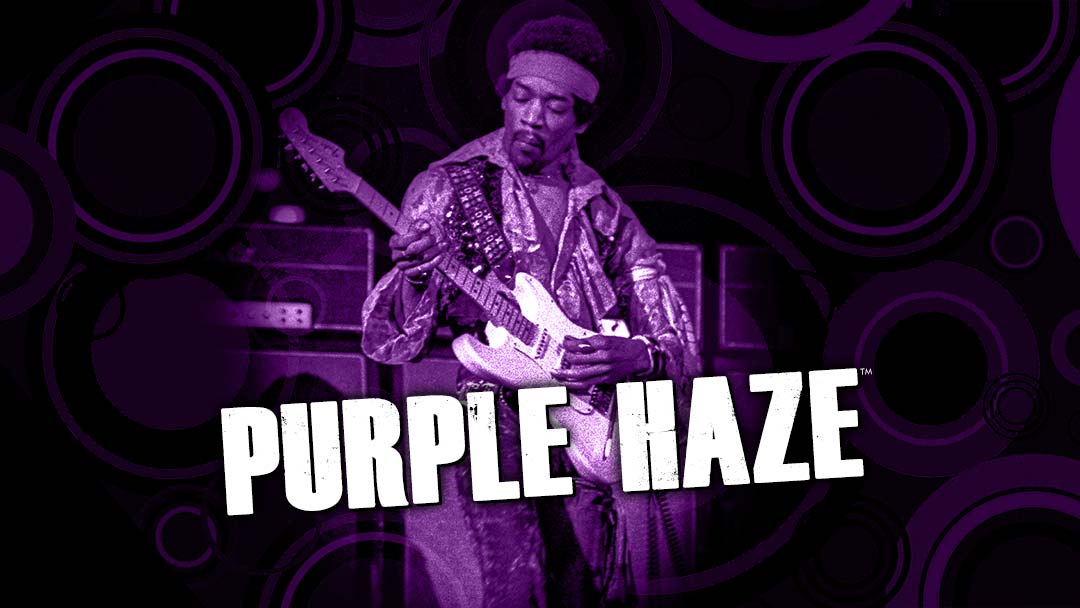 “Hey Joe” b/w “Stone Free” was the first single to put Jimi Hendrix on the map; but it was “Purple Haze” that made him a superstar. With a rough set of initial lyrics penned backstage before a gig at London’s The Upper Cut club in December 1966, the song’s evolution eventually saw the finished song debut as a UK single in March 1967 and later in the starring role as the opening track on US release of The Jimi Hendrix Experience’s debut album Are You Experienced in August 1967.

The PURPLE HAZE™ playlist is a celebration of Jimi Hendrix’s incredible music legacy featuring a multitude of unique concert recordings from throughout his career. From behind-the-scenes story of the song’s recording process to through to more than a dozen rare live concert recordings representing different interpretations of the classic song.