Baron Wolman, Forever In Our Hearts 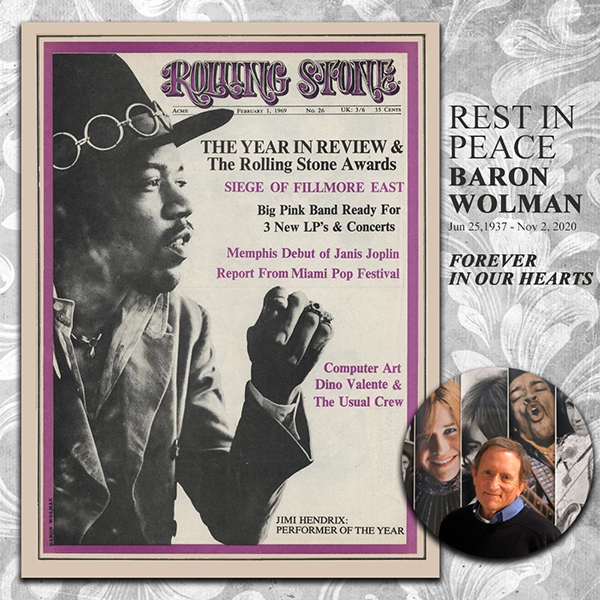 Experience Hendrix and the family of Jimi Hendrix are saddened to learn of the passing of legendary photographer Baron Wolman. Having served as Rolling Stone magazine’s first Chief Photographer, Wolman found himself front and center, with virtually unlimited access to the world of music. His candid and performance photographs of Jimi Hendrix have been featured on magazine and book covers, plus within a the pages of several Jimi Hendrix album booklets and in the forthcoming Live In Maui documentary film project.

“Baron was more than an incredibly gifted photographer. He was a visionary who saw the world through the lens of emotion! His pictures captured the essence of artists like Jimi, leaving living images of them in our hearts and minds,” explains Janie Hendrix. “We will be forever grateful for the feelings his pictures evoke and the stories they tell.”

Forever in our hearts.