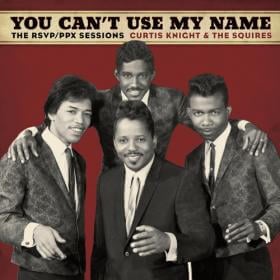 You Can’t Use My Name: Curtis Knight & The Squires (featuring Jimi Hendrix) The RSVP/PPX Sessions

You Can’t Use My Name: Curtis Knight & The Squires (Featuring Jimi Hendrix) The RSVP/PPX Sessions is the first in a series that presents these recordings in their original context. This 14-track collection is taken from sessions in 1965 and 1966 (plus one July 1967 recording).