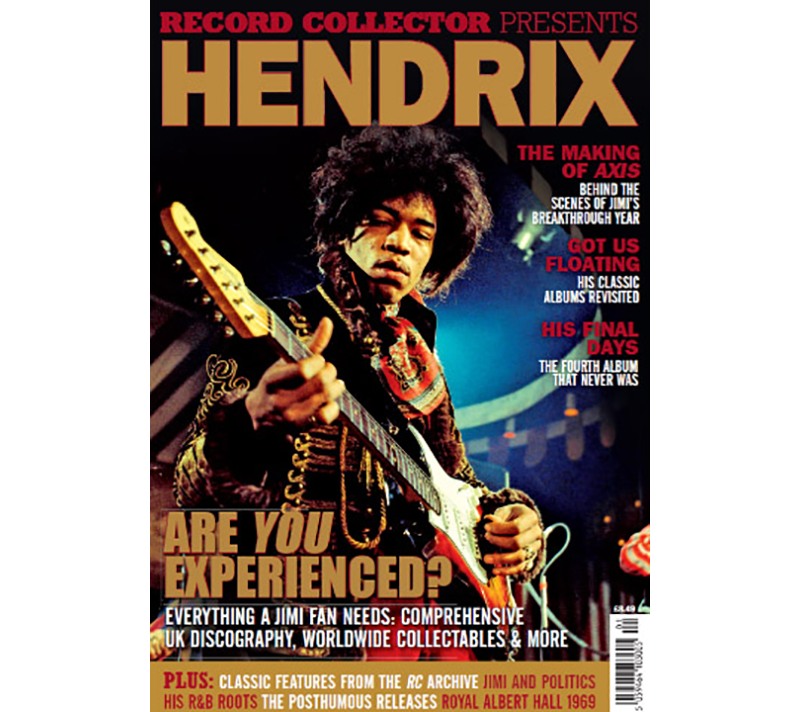 Record Collector Presents … Jimi Hendrix is a special edition magazine devoted entirely to the greatest rock guitarist of his time. Featuring guides to his most sought-after worldwide rarities and a comprehensive UK discography; in-depth articles on the making of his classic second album, Axis: Bold As Love; his final months and the recording sessions for his never-to-be-finished fourth album; an examination of his relationship with politics; a look at his early years as a musical gun for hire; new features from some of RC’s best writers on his studio albums and the landmark live sets; an indispensable guide to the tangled web of his posthumous releases; fan profiles; and plenty more.