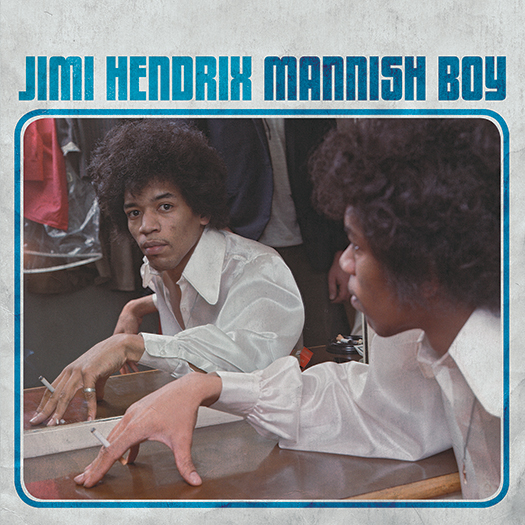 Record Store Day was conceived in 2007 at a gathering of independent record store owners and employees as a way to celebrate and spread the word about the unique culture surrounding nearly 1400 independently owned record stores in the U.S. and thousands of similar stores internationally.

Jimi Hendrix, Mannish Boy b/w Trash Man (7” Single)
Recorded at New York City’s Record Plant on April 22, 1969, this uptempo reworking of Muddy Waters’ “Mannish Boy” marks Jimi Hendrix’s first recording session with bassist Billy Cox and drummer Buddy Miles—the trio who became known as Band of Gypsys, whose work with Hendrix had a significant impact on his remarkable legacy. First released on Both Sides Of The Sky, a new studio album of rare and unissued Hendrix recordings, “Mannish Boy” is issued here as a 45 RPM single backed with “Trash Man,” an April 3, 1969 studio recording made by the original Jimi Hendrix Experience. “Trash Man” is drawn from Hear My Music, a Dagger Records “official bootleg” album not sold in stores and otherwise only available to fans via jimihendrix.com.