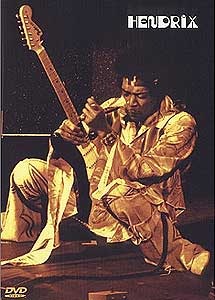 2011 re-release of the Grammy-winning 1999 documentary film. Features an all-new stereo and 5.1 surround sound mix that are exclusive to this release.

Winner of the 2000 Grammy Award for “Best Long Form Music Video,” Hendrix: Band Of Gypsys delves behind the scenes on the making of the seminal classic and the five live performances that comprised the period of the Band Of Gypsys. This 83-minute documentary features new interviews and rare and archival footage of Jimi Hendrix and the Band Of Gypsys including an additional 30 minutes of footage not included in the original television broadcast. Exclusive to the DVD release is 54 minutes of black & white video footage from the Band Of Gypsys’ January 1, 1970 Fillmore East performance, plus several never before seen photos by photographer Jan Blom. – Experience Hendrix/Legacy Recordings